German as a foreign language in secondary school in Uganda

Mariam was introduced to the German language at school. She attended one of the few schools in Uganda that taught German — a language she considered exotic and interesting. But her interest in German did not simply stop at regular phrases such as “Guten Tag”, “Guten Morgen” and “Wie geht es dir?” At the time, there was an annual poetry recitation competition for Ugandan secondary schools that was funded by the German Embassy in Kampala. Mariam, who loves the spotlight, took part in the competition five times and won four times.

She stayed true to her love for the language and completed a Bachelor of Education degree in Geography and German in 2005 at Makerere University in Kampala. At around the same time, she completed a German language certificate course at the levels B2 and C1 at the Johannes Gutenberg University in Mainz in 2004. “While some of my friends preferred going to the United States or England — I too have family in London — I wanted to go somewhere else. Besides, I love the German language and was excited at the chance to improve my language skills.”

After completing her undergraduate degree at 21, the obvious question was; What next? Starting a family would have been the next option. But Mariam decided otherwise. She joined a development project that was funded by the “Kreditanstalt für Wiederaufbau” (KfW). The project promoted privately-funded vocational colleges in Uganda. Mariam took on organisational responsibilities including communication. Thereafter, she came to Wuppertal for an Au Pair year. She earned a language diploma, “das Kleine Deutsche Sprachdiplom” (KDS), from the Goethe Institute and started contemplating on continuing her studies. She decided to enrol at the University of Wuppertal. “My friends convinced me to stay. Besides I love that Wuppertal is quite a small town.”

At first, Mariam had problems speaking ‘regular’ German. This was because “at school and at the university, we were mainly taught the language of Goethe and Schiller and learnt a few phrases such as asking for directions. Speaking ‘regular’ German on a daily basis was challenging at first and at times even discouraging.” Among others, her 6 year old Au Pair kid helped out a lot. “She always corrected my language mistakes and taught me new phrases.” 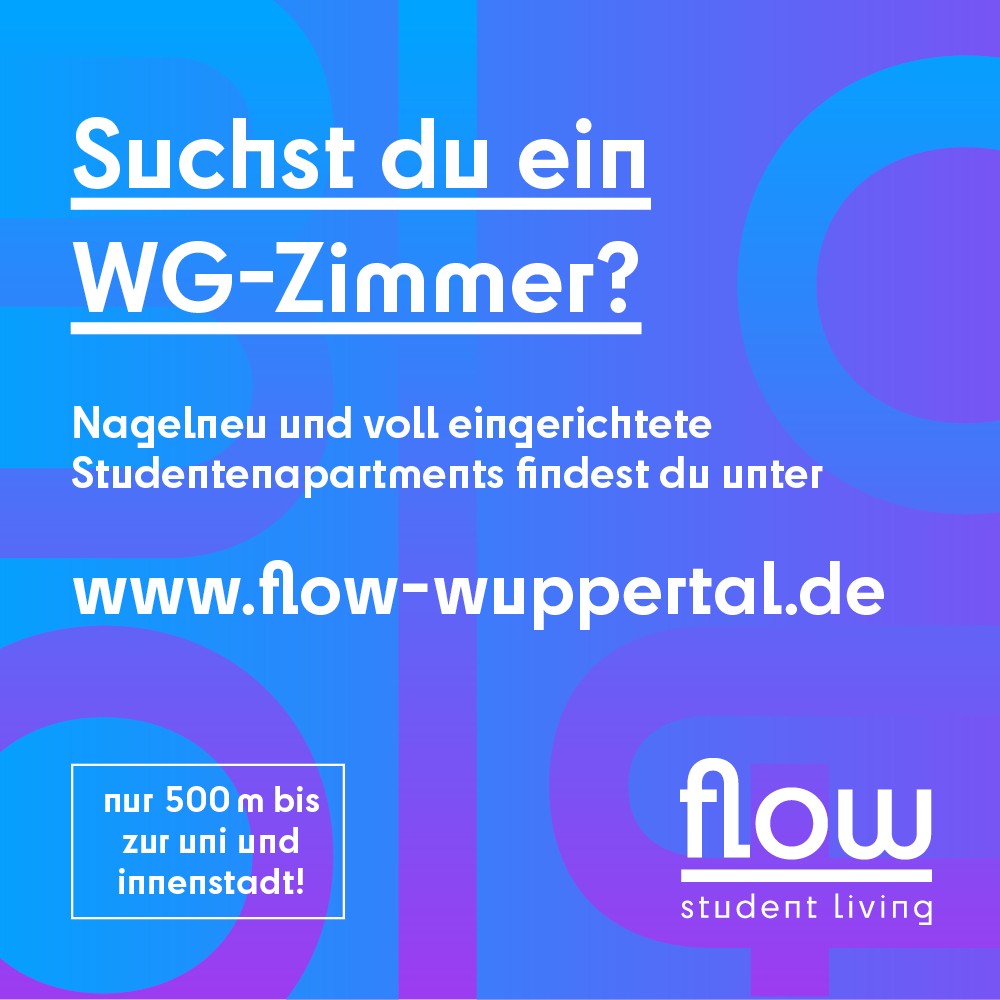 Differences between studying in Germany and in Uganda

Mariam enrolled for another undergraduate degree in English and German Philology. Some of the credits from her undergraduate degree in Uganda were recognised. She financed her studies through various part-time jobs, among others, as an English instructor at the Institute of Adult and Continuing Education in Wuppertal and as a student/research assistant at the Chair of Business Computing and Operations Research. Later during her Master’s, she became recipient of a scholarship awarded by the Friedrich-Ebert-Foundation. The same foundation is also funding her current research project (PhD).

But the beginning of her journey as a student was not a bed of roses, “There were not very many international students. And the others remained in their trusted circles of friends and often did not live in Wuppertal. This made meeting new people difficult.” It took 4 semesters to make friends out of former acquaintances from lectures and seminars. That is why she felt lonely at first, “In Uganda, if you are seated alone in the dining hall, someone will always join you. It is not the same here, partly because of courtesy. No one wants to interrupt while you are enjoying your meal.” Nonetheless, Mariam took the initiative and attended university club programmes such as the Uni-Sports programme. ”I found the variety of sports and training programmes really interesting and I still regularly attend the aerobics or circuit training sessions.”

But the lecturers were quite different from the students, “They were open-minded and helpful from the get-go.” What I also found really interesting here is that during their office hours, you actually get to speak to the professor. At Makerere, you are most likely to talk to the secretary, at most.” There were also some differences between studying here and in Uganda. “Here you do not have to learn so much by heart. You do lots of research in the library.” At the university in Uganda, there was a time table where the courses to be taken per semester were pre-selected for you. “The freedom to select what courses and modules to do per semester was challenging at first but I have come to appreciate it.”

She completed her Bachelor’s in 2012 and her Master’s of Education in 2014; an education degree “so that I could keep my options open incase I want to later become a high school teacher.” She skipped School Practice and immediately started working on her PhD in English literature. She is researching on the African diaspora and how it is represented in novels, but also on You-Tube and in non-fictional texts. She is also contact person for international PhD students at the University of Wuppertal. She organises excursions and visits for PhD students to different cultural places within Wuppertal such as to the Opera and theatre as well as to the Museum. Up until the end of her Master’s she was an active member of the now defunct UNICEF student’s club and during her undergraduate studies she organised poetry slams with students of English Philology.

What she found striking during her time as a student is that “the buses here are punctual, people start impatiently looking at their watches when a bus is only 5 minutes late. In Uganda there is no time plan. The “matatu” arrives when it arrives.” Rather surprising was the culture of appointment-making even within family circles. “Grandparents have to make appointments in order to visit their grand children. Back home, people tend to be more spontaneous — very often relatives will just pop in at your door.” In the bakeries the atmosphere seemed quite hectic at first. “You have to hastily make your order and quickly pay up and yet I was struck and overwhelmed by the enormous variety of bread types! I was only able to catch the name of one bread type, “Berliner Landbrot,” which I bought for my Au Pair family the entire time I lived at their place,” she says with a chuckle.

The advantages of living in Wuppertal and in Europe

Münster, Munich, Berlin, Prague, Vienna, London, Paris, Milan and many more. Mariam enjoys sightseeing in Europe’s metropoles and comparing them with each other. She finds European architecture particularly fascinating not least because it is quite different from Ugandan architecture, which is “more or less influenced by Indian architecture, as can be seen for instance in Old Kampala.” What she likes about Europe, “I do not need a visa to visit countries within the EU.”

What she loves about Wuppertal is that nature is close by. She loves jogging and taking a ride with her bike along the Nordbahntrasse. “Moreover, the rent in Wuppertal is cheap.” Another source of fascination especially for her family, is the “Schwebebahn” (suspension train); “Two years ago when my mother came to visit, we took a Schwebebahn ride above the Wupper river. She loved it!” Mariam also a lover of different cultures and it shows in her love for experimenting with different culinary cuisines; “I love Sushi and Burgers as much as marinated braised beef with red cabbage and dumplings.” The Ugandan staples are partly influenced by the Indian cuisine. Mariam loves cooking when friends come over to visit. But otherwise her regular menu is filled with student staples such as; “Noodles, bolognese and lentil soup.”

“I still get home-sick mainly because of the climate here in Germany, that is especially during the cold months. December is one of the hottest months of the year in Uganda and we often celebrate Christmas outdoors. But it quickly get darks here during the winter, so I am all the more looking looking forward to the spring sun.” What she wants to do after her PhD, which she plans to complete in 2019, is an open question; “There are many opportunities out there. I’ll just take life as it comes.” »mw« – Translated by: Mariam Muwanga and Anna Hanrahan 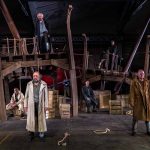 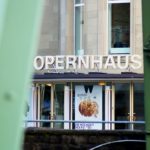 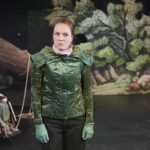 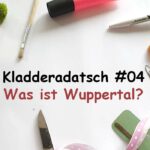 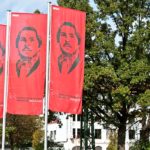 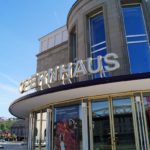 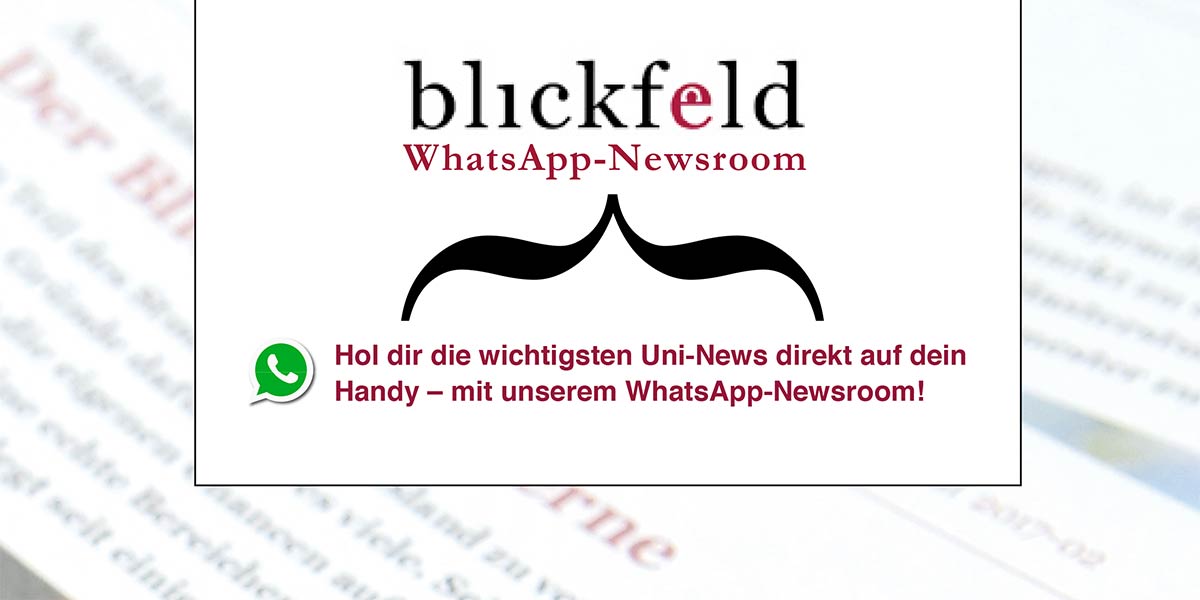